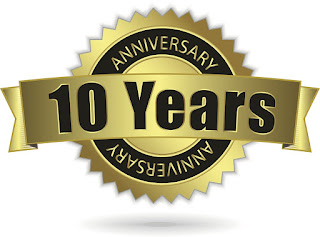 Although I’ve been posting short stories sporadically here on my blog, I haven’t “technically” blogged anything since January of 2015. There are several reasons (excuses is a more appropriate word) why I’ve been away, but it all boils down to one important thing, my own state of mind. The shifting trends in social media that eventually led to the current supremacy of Facebook didn’t help much either. Like almost everybody else, I took the easy way out, the fast-food approach to gulping down information and throwing in my own mediocre input into one massive river of nonsense.

During my first five years of blogging, I was able to fulfill, partially at least, some of my self-imposed moral responsibilities. I did that by carefully navigating around political taboos and never trespassing red lines least I end up incarcerated or worse. I openly criticized social traditions and religious canons, sitting comfortably in the shade of a (seemingly) secular umbrella provided by the powers that be. Notice that even to this day, I’d rather call the regime, TPTB, instead of, well, the regime. It’s an ingrained Syrian cautiousness that only recently, in the last five years that is, has been broken by a courageous few who remain captives in their own land and by the multitude of ex-patriots who fear no reprisal. When the shit finally hit the fan and the inevitable did happen, I just couldn’t write anymore while remaining true to my principles and inside the country. Shutting up was my easy way out.

I turned to fiction and to writing short stories instead. I have also started on two novels, but alas, we, the unfinished novels and I, stare at each other with a longing detachment, not knowing what to do next. Had I been using pen and paper, the hundreds of pages I’ve written so far would have collected dust while providing a decent meal for a colony of moth.

It’s the 10th anniversary of The World According to a Man from Tartous. I don’t expect a stream of comments on this occasion the way my olden posts once solicited. Actually, I feel almost exactly the same way I felt when I first discovered blogging. I was writing to myself and this is what I’m doing now.

I’m paying tribute to the last decade of my life. I’ve met a lot of wonderful people through this blog. I stayed in touch with a few and lost track of most. But it’s only fitting in a way, I started alone and here I am once again, alone at last.