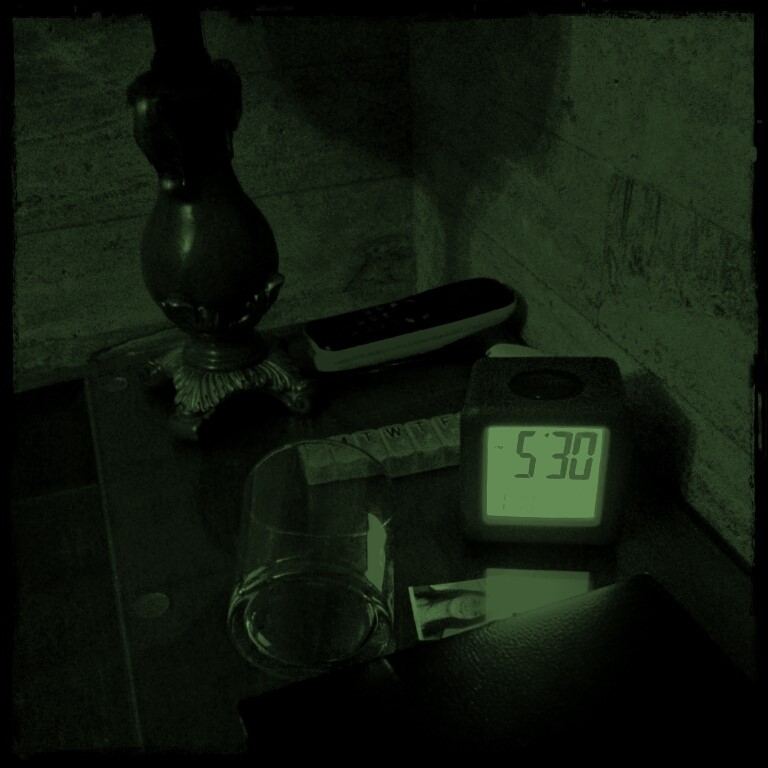 I picked up the receiver after the third or fourth ring, tipping the glass of water on the night table. “Hello!” I cleared my throat, but my voice came out hoarse. The colon in the middle of the clock display blinked, while the digits stared without a flinch.

“I left the house and brought the baby with me. I’m staying over with a friend.”

Before she hung up, she assured me that Brandon didn’t hit her. He never did, she swore.

He was a passive-aggressive bastard who transferred his neuroses to her, a control freak with a tongue capable of lashing out words soaked in bitter venom. A divorce was the obvious answer, but Liz’s life was a little complicated. She would lose custody of Michael, who was named after me, or more likely, after his paternal grandfather. Brandon wasn’t a bad guy, she claimed, but I never liked him. I told her that it wouldn’t work between them. Liz was in love, though, and she brushed me off with a sweet giggle.

“Oh come on, daddy. He’s a brilliant programmer, just like you. Give yourself enough time to know him better. Besides, you’re going to spend your summers in San Francisco from now on. Brandon’s dad’ll buy us a house overlooking the bay as a wedding present.” She kissed my forehead and tickled me. Her mirth was contagious. I burst out laughing.

They were married in London and left on their honeymoon the next morning. It was Liz’s dream to travel to Japan, but something important came up for Brandon. Instead of staying there for a month, they had to cut it short and fly to California a week later. I hadn’t seen my daughter since, and only knew my grandson as an apparition on a computer screen.

I switched the bedside lamp on and sat straight. A pool of water enclaved my pillbox. The ulcer scraped the lining of my stomach like an errant fingernail on a chalkboard. I winced and reached for the telephone.

“Hello Sid. It’s Michael.” I listened to his response and feigned a smile for my own benefit. “You sound good too.”

We chitchatted for a minute. He asked how I was managing alone. I sent Maggie, his wife, my regards. A pause wedged itself into the conversation before I filled the gap. “I need a favor. You have someone on the West Coast, right? Uh huh, San Francisco. Eight o’clock’s perfect. D’you still drink single malt? Good! I’ll bring you a 28 year Singleton. See you tonight.”

I shuffled my feet and found the wet slippers. Behind the curtains, the sun sneaked above the cityscape resurrecting shadows long presumed dead. I had a few loose ends to tie, I thought on my way to the kitchen, but first, I needed a glass of warm milk.

Kamar Charaf said…
Wow ! I really like the story ❤️ I am a new syrian blogger also it would be great if you checked mine out :)
http://scatteredpiecesofwords.blogspot.jp/?m=1
7:34 AM

Abufares said…
Hello Kamar and sorry it took me such a long time to post your comment and to reply. I'm delighted to see young people like you blogging.
I loved your blog BTW :-)
Thank you for your visit.
12:53 AM