Son: You keep reading all the time, don’t you get bored?
Father: Oh no. Never! There’s no pleasure more immense than reading.
Son: Well I agree that it’s educational but aren't the Internet and television more entertaining and efficient?
Father: I’m in love with the written word. I enjoy a visually tantalizing website and I appreciate a well-produced movie but nothing touches me the way an eloquent sentence can.
Son: OK, why don’t you tell me something you’ve read a long time ago. Something that stuck in your mind and touched you.
Father: Um, any topic in particular?
Son: Not really. A story that made you think hard when you first read it and still intrigues you now.
Father: Let me think. Well OK! You know what anthropology is?
Son: The study of people I suppose. Come on tell me.
Father: American anthropologist Margaret Mead (1901-1978) is perhaps the most renowned social scientist  of all times. Her research on sexuality in South Pacific and Southeast Asian traditional cultures is as influential and controversial today as it was back in the 1960’s. You don’t mind that we talk about sex and sexuality, do you?
Son: Not if you don’t.
Father: I need to ask you something first. Do you think boys are inherently more aggressive than girls?
Son: As far as I’m concerned girls are worse. Boys are bullies but dumb. Girls are sneaky and cunning. If I have a fight with a boy we can beat each other up fair and square. Girls start crying and stuff. They make me feel guilty. They are so mean. Go on with your story about Margaret Mead.
Father: Sure. Well there was this nudist tribe she studied. You know the people didn’t wear any clothes and walked around naked. She discovered that the sexual drive of the teenagers was just about the same as in other clothed tribes but that in fact the boys were less aggressive than their clothed counterparts.
Son: What about the girls? Were they less devious?
Father: You need to let me continue then you come up with your own answers. So anyway, she then carried out an interesting experiment. She randomly picked a group of toddlers. She made the girls wear mittens and the boys cover their ears with earmuffs at all times in public.
Son: What? She’s crazy! And they let her? I mean the parents.
Father: This is not the point, you have to let me finish. The toddlers grew up and became adolescents. Dr. Mead followed them from a distance with a notebook in hand and a pair of binoculars. Then what she had thought might eventually happen actually did, with an alarming frequency.
Son: What?
Father: A girl lured a boy away from the others and when she was sure no one was watching she jumped the unsuspecting victim, removed his earmuffs, took off her own mittens and...
Son: What? Tell me what she did to him?
Father: She stuck a finger in his ear and made him cry in pain.
Son: Gulp...
Father: So what do you think?
.
.
. 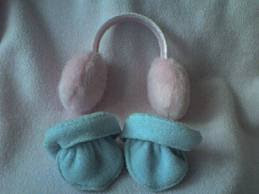 Son: I don’t know what to think. Did you make this story up?
Father: This has nothing to do with it. What do you think?
Son: I think danger made the girls act in this violent way. Well not really danger but I don’t know the right word...
Father: Taboo!?
Son: What’s that?
Father: Another time perhaps.
Email ThisBlogThis!Share to TwitterShare to FacebookShare to Pinterest
at 5:16 PM

Marhaba Abu Fares! How old is your son? He sounds like such a thinker and more mature than the age i think he is :)

Hello Ziggy
He's 10 and I think he's just about right for his age.
It's me that I sometimes have doubts about, lolll.

I once read a wise thing: if every child is a so truly incredible wise human being (which is indeed true), where do all those dumb adults come from?
What a conversation with your son! Those are the moments I cherish the most when I talk to my (already!) 16 year old nephew.
¡Saludos desde Lima!

I must agree with Gabriela’s point about a child being very wise. They have a sense to be inquisitive with innocents that comes from an untarnished world. It seems to get all screwed up when parents with their innermost taboos fill the child with nonsense. This is especially true when one sees all the conflicts in the world today, and for what? They pass their warped beliefs on to the child (that they themselves got handed to them). Your Son is at an age where he absorbs everything like a sponge, one just has to be sure the message(s) sent are the right ones (even the ones in jest). Let him learn freely and hope that he carries enough common sense not to become “one of those many dumb adults”. So continue to have a good vacation/visit (I’m just thinking about that tan!) and say hello to everyone. BIL

AbuFares, a delight read as usual. The kiddo is certainly growing up to be an inquisitive Sherlock, and soon you won't be able to hide anything any more from him!

I also like the subtlety of the undertones there. You're right - the more we hide, the more we'd want to explore, which makes people want to hide more. It's a stupid cycle I don't know who started.

Hola Gabriela
First of all sorry to you and to BIL for taking a couple of days to answer your comments. I'm on vacation and spending lots of time lying around in the sun and doing nothing :-)
You know that sometimes when my son overwhelms me with a rapid fire of questions I beg him to slow down. But later I feel guilty for doing that. At his age kids are like a sponge and they want to know it all, if they are inquisitive that is.
I really enjoy talking and listening to him. He doesn't know it yet but I learn from him at least as much as I'm teaching him in our exchanges.

@BIL
You know what unsettles me most? The knowledge by parents that some established norms, customs, points of views... etc. are wrong but being reluctant to tell their children that. It's a sort of cowardice I think this unwillingness to challenge the established status quo. I used to find myself guilty of telling my kids for instance what "society" thinks about a certain topic without elaborating on my own divergent point of view. Recently, I'm letting them learn (from me) both bits of information. I tell my son now that religion advocates Creationism while science confirms that Evolution was and still is the way Life is going on about its business. I had to discover lots of "facts" by myself and it took me quite a long time to reach my inner balance. I think a head start for children would be to at least teach them that there is no ONE answer to everything and that questioning and doubting are extremely desirable.

@KJ
It is the joy of parenting my friend. As far as I'm concerned it is the most significant delight in watching our children grow up, the ability to talk and listen to them. I am aware how most parents instill in their offspring the fact that they are very lucky to have been born to a certain religion/race/country for instance. This is bullshit!!! Why don't they stop and think about what they're saying for an instance???
If we can open their minds to the fact that only taboos are taboo we would have accomplished our mission with flying colors and tremendous pleasure.

Very interesting, Abufares! These discussions are fun and also challenging with our kids. I find I'm often put to the test and, after the conversation is over, I think I learned as much, if not more, from them as they did from me. Because kids don't have as much gibberish floating around in their heads (biases and other influencing information) they see things so differently, often much clearer. Your son is lucky to have such a patient teacher, and you to have such an inquisitive son. :)

Margaret Mead did quite a few interesting gender related studies with the Samoans. Much of it was aimed at breaking down gender inequality and taboos back home in America where, she, herself, had encountered many hurdles.

Your conversation with your son was priceless, my friend. It's wonderful to see his mind working and his desire to ask question. Hope he puts some of this new found knowledge on his blog again one of these days. :)

All the best to you on your vacation.

@Isobel
The times we get to spend with them are priceless and irreplaceable. Of course I'm learning from my kids as much as I've taught them. Their minds are guilt-free in the sense that society's crap didn't fully infect them yet. For their sake, I hope they maintain this state of serenity and a clear conscience for the rest of their lives.
Did I thank you for gracing my blog with your presence? Shame on me:-) Thank you soooo much!

@Mariyah
Now I'm totally happy!
A Margaret Mead's fan apparently :-) I was introduced to her research when I was still in college (a couple of years ago ;-) and I was deeply intrigued and hooked. The reason I didn't give my son a clear answer about whether I made it up or not is because I'm sure that I read about this particular research of hers but couldn't find any reference to it online. Truth is... I didn't make it up. Blame it on my failing memory. You know most geniuses forget stuff.
I'm so happy you're here. You should come more often.

Ramadan Karim Abufares and best wishes to you and yor family. Have a nice time.

Dear Abu Fares and family,
Would like to wish you a very Blessed Ramadhan.
And would be nice to hear some Ramadhan stories from Tartous and of course what they have for iftar.

Loved the conversation : ) Save it for later years, he is going to enjoy reading what he was thinking about at age 10. I have kept old letters and poems that my daughter have sent me through the years. Every now and then I take them out and read them. It always amazes me how organized their thoughts were at age 5 and so on.

@Ammoontie
Sorry to be a little late in replying to your comment and thank you so much for your wishes.
I've been out of Tartous for the last few days but should be back soon to write about Ramadan and other things.
Have a wonderful Ramadan :-)

@w.b. yeats
It is one of those priceless moments we get to spend with our children.
I've been on the move lately, part vacationing, part educating myself by visiting new destinations in Syria.
I should get back to writing here soon.

Missing your posts ... are you alright? RAMADAN KAREEM - fasting is going well!