Showing posts from July, 2010
Show all

- July 31, 2010
I've been out of it... Blogging that is, among other things. Work surrounded me, trapped me in and overwhelmed me by its utter persistence and futility. I was fed up with the whole work ethic crap. We were naturally built to have fun, you know, like eat, sleep, make love then eat and sleep some more. Some bastards came along the way, maniacally obsessed with control and psychotically enticed by the prospect of turning everybody's life around them into a miserable and grim existence and... and they managed to fuck it up for the rest of us. Feasting till we drop on our backs was deemed inappropriate behavior. Climbing trees to find a solid branch for an early afternoon nap became a waste of time. Spotting a sonsie female while drinking from a spring and jumping her turned into "a thou-shalt-not". Chains were conceived and forged, taboo, religion, labor, military, slavery and ultimately capitalism took over, brutalized our ingrained indulgence and sodomized our innate
16 comments
Read more 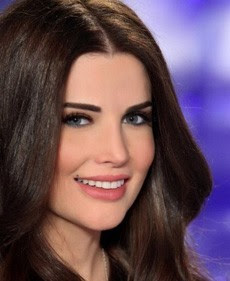 My exposure to Print Journalism has been confined to my private bathroom. In the 1970's and 1980's the market was evenly split between Lebanese and Egyptian (Arabic) magazines. Whether the subject matter was political, social or celebrity gossip no one did it better than the venerated publishing houses of Beirut. Until one day, petro-money was channeled into something else besides soliciting the coveted services of prostitutes. The Lebanese print media degenerated into sectarian partiality, lost their credibility and died of absurdity while the Egyptians continue to publish verbose magazines that look and feel as if they've been printed on toilet paper.Khaliji tycoons dumped their cash in Dubai and flooded the Arabic speaking world with glossy, colorful and extremely well produced gibberish and, along with the onslaught of hundreds of television satellite channels, became the trend setters of the Middle East, North Africa and, alas, the Levant. Like their au
21 comments
Read more

I'd only known this beautiful woman a short time, but the pain I'd seen in her eyes affected me so strongly. She had tried to conceal it from me, but it was impossible for her to hide any of her feelings. She wore happiness as perfectly, as regally, as a queen wore her crown and when that happiness disappeared, if only for a moment, it was plainly visible. The melancholy that replaced it was so out of place in her. Luckily it seemed that my appearance dissolved some of the sadness and my only desire now was to keep it that way. "I've been waiting too." I smiled, "I thought my work day would never end." "There are times, aren't there, when one needs time to stand still and yet other times when we wish it would rush on? Today I have been torn between the two." When she looked at me, her dark eyes reflected the complexity of the emotions she was experiencing when I had entered the store."But come, let me make some coffee and we'll
13 comments
Read more
More posts