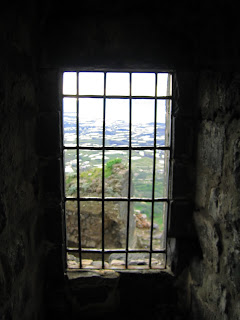 "We all live in a house on fire, no fire department to call; no way out, just the upstairs window to look out of while the fire burns the house down with us trapped, locked in it”

“There was a power outage at a department store yesterday. Twenty people were trapped on the escalators.”
Stephen Wright

“People are trapped in history and history is trapped in them.”
James Arthur Baldwin

“Here we are, trapped in the amber of the moment. There is no why.”
Kurt Vonnegut, Jr.

“No man knows when his hour will come; As fish are caught in a cruel net, or birds are taken in a snare, so men are trapped by evil times that fall unexpectedly upon them”
The Bible

“With relish and delight, you continually bite at the bait; you are trapped, you fool - how will you ever escape?”
Sri Guru Granth Sahib 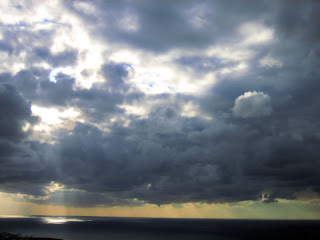 “Hope is the dream of a soul awake.”
French Proverb

“Hope never abandons you; you abandon it”
George Weinberg

“Man can live about forty days without food, about three days without water, about eight minutes without air, but only for one second without hope”
Author Unknown

“Hope is not a dream but a way of making dreams become reality.”
Author Unknown

P.S. You might of course deduct that presently I have nothing to say, that I am totally unispired. Well you are absolutely right

"I am trapped in hope."
abufares
personal quotes

For it is “Hope” that propels much of what goes on in the world today. To have it otherwise would mean we sit hopelessly in our thoughts inside an internal prison. Unable to have a dream that is powered by the hope that each one of has within themselves would mean to simply give up. Sometimes I too have to draw on that power of hope to send me through the day knowing that a possibility is present that will make the next even better than the one I currently experience. By not having anything to say … says a lot. I know you have interpersonal thoughts that have just not yet been exposed, do not be too restless for it will come, and your words will be “spot-on”. Take care my friend and keep that hope flowing, please say hello to all.
12:31 PM

أنا سوري said…
"Hope is a good thing, and no good thing ever dies"

I hope you'd have a nice evening, Abufares and a great day tomorrow too!
3:30 PM

Anonymous said…
I have been feeling the same, but with my paintings...

Slowly I have been organizing my thoughts, cleaning my studio also has helped. Somewhere my husband read a Native American Proverb that said: "To many mind..."

We are thinking too much, it will come.
Love U

Gabriela said…
I loved Cullen Hightower's quote. How lucky you are: to be trapped in hope has to be something!
Saludos desde Lima.
8:23 PM

I venture to say that the VAST majority of people hasn't learned ANYTHING from yesterday! Many complain about today - and whine about what will or will not be tomorrow ... it could be so much different but humans are too stupid to ackowledge that and make the necessary changes!

Greed, jealousy, anger, hatred, racism and idiotic superiority-ideas ect. are dominating our scheme of thoughts and, it is more than obvious, it just doesn't function this way!

I am extremely hesitant to say that but it seems to me that a MAJOR global diseaster will have to happen to shake up mankind to the core to make them understand that it is NOT about boarders, about who has or has not, who is the more powerful one to dominate over the other or not but simply about survival and LIFE itself! We're all equals but that wisdom hasn't penetrated the heads and brains of those who make decisions nowadays ...

Disasters usually bring out the best of mankind ... but is it REALLY necessary to go that far?

I am afraid so.

Abufares said…
@BIL
Thank you for the uplifting words of encouragement. With a comment like yours I should get the creative juices flowing again and in full force.
9:34 AM

Abufares said…
@Ana Sourie
Brilliant clip. Thank you so much for sharing.
9:35 AM

Abufares said…
@Joseph
Tyranny! Under whatever name or disguise it comes is despicable.
Great Clip! Perfectly fits the moment.
10:10 AM

Abufares said…
@Anonymous
You know some anonymouses are not fun. They drop by and leave a senseless comment or something totally tasteless.
Yet here you are, doing basically nothing but pointing to a beautiful song (and I quote):

Abufares said…
@w.b. yeats
We are either thinking too much or busy too much with something we care little about... like work :-(
Whenever the "job" takes more of my time than it deserves I kind of feel this way.
Cleaning your studio will help, losing myself to the moment is what I need.
11:26 AM

Abufares said…
@Anonymous
Thank you for lighting up this place :-)
11:27 AM

Abufares said…
@Gabriela
After I published this post I felt as uninspired as before, really.
The comments here, including yours certainly, had helped me realize what a bunch of inspiring friends I have, really :-)
I should be back in action soon.
Thank you Gabriela!
11:30 AM

Abufares said…
@Karin
I love your comments ALWAYS :-)
You're absolutely right on every count. It's unfortunate that we make so many mistakes and that we seldom learn from them.
I also wonder why are those in power (on all sides) so fixated with having the upper hand. It's as if they are absolutely convinced that humans are no different from other primates and that if they're not on top of the food chain somebody will come and eat them up.
Sonsofbitches all of them ;-)
11:44 AM

Mariyah said…
Abufares, these quotes are wonderful and bravo to Ana Sourie for finding a particularly compelling one! (I love that movie). I think my favourite was about the people trapped on the escalator...funny on the surface but underneath a dark jab at society (unless I'm reading too much into it...). As for your quote, my friend, I hope the shackles are of the softest silk. :)
10:26 PM

Abufares said…
@Mariyah
"shackles of the softest silk"!
Is the notion of shackles invading my mind with concupiscent thoughts or is it that of silk?
The melange of your words, I must admit, is heart arresting.
5:50 AM

Anonymous said…
why don't you pretend that you've visited some new city. Please do Paris. It's tacky like you.
10:54 PM