Showing posts from July, 2008
Show all 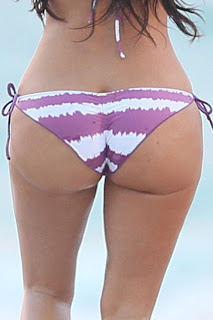 I'm not in the mood to think let alone write about a serious topic. I've been uninspired for a fortnight which is only normal for this time of the year. I suppose that the heat influences me in a similar way menstruation affects women. Sluggish, exasperated, blotchy and cranky I feel. You might wonder why in the hell I'm blotchy. Well, it's the closest phonetically similar adjective I could conjure to bitchy without threatening my masculinity. Accordingly, I've been feeling very blotchy lately. With that in mind, it's next to impossible to see or conjure beautiful images. Even while lying down at a perfectly appropriate low vantage point on a sandy beach, watching a heavenly flock of bikinied chicks passing by, my sight is inevitably raped by the swarms of balding, pot-bellied, ugly and hairy men roaming the seaside. I’m doomed. Less than a year ago the entire Arab World was experiencing a phenomenon called Bab Al-Hara . The 30-episode Ramadani Syrian TV drama
53 comments
Read more

And the laughter of little children on the other side of the street above wafted through the small window, faded then died. Silence, nothing but silence. At one time or another, we all suffer from Earworms . The term was invented by Professor James J. Kellaris, PhD , of the University of Cincinnati. It refers to songs, jingles and tunes which somehow assault the unsuspecting mind and get stuck there. A mild attack might last for an hour or two, a whole day perhaps. When a certain song becomes a hit and is incessantly being played on different media its metamorphosis into an earworm is often a collective yet short-lived experience. We are constantly coerced to sing it along. However, as soon as the hit is replaced by another ephemeral piece of senseless art we just forget all about it. A more subtle and personal form of infliction is set off by association. Any sensory stimulus, such as a sight, a sound or a smell might trigger a dormant memory and by doing so instigates a complicated
16 comments
Read more

The Barber of Tartous

The first impression I leave on people is that I 'm a tiny bit more interesting and different from the hordes. I really am not. Like most men, I am a creature of habit. I'm as boring as the guy next door, probably more if you ask my kids. Even my seemingly interesting volatility is, in due course, banal and predictable. What sets me apart, or so I'd like to believe and transmit, is my obdurate loyalty. I've been cutting my hair for the last 22 years on the hands and with the scissors of the same barber, Abu Ali . This is not so unique in the world of men, especially those who require low or no maintenance like me. I still remember my first haircut. The moment was immortalized by my mother, rest her soul. I was about four perhaps with long and curly hair colored like fields of wheat in early summer. Mom thought that I was the handsomest kid in the world and she probably was right ( I don't know what happened as the years went by though ). She called our family photo
27 comments
Read more
More posts