Showing posts from March, 2008
Show all

Fool With a Lantern 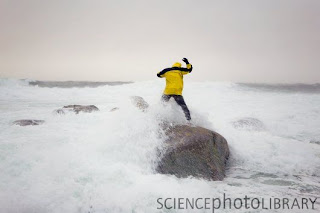 Once more, Arima , a woman I’ve met only in dreams, touched me gently on the… shoulder. "Humor me again" , she whispered. "Answer my tag" . "What is the purpose of your blog?" I started blogging with no purpose at all. Hardly a few days had passed after I'd learned what a blog was when I decided to start my own. The title I chose: abufares said… the world according to a tartoussi was the first to come to mind. Since I wanted my blog to mirror my spontaneity I didn’t hesitate. There was a description to be filled on the automated Blogspot form. I remembered something I’d came across years before and which had stuck with me. I still am not sure who wrote it. It must've been Franz Kafka , I reckon. I stopped in my track and looked for a considerable time on Google and elsewhere. Without a trace. I couldn’t find any reference to a similar quotation. I scavenged the grooves of remembrance and articulated the words to the best of my recollection. In
29 comments
Read more

From Santa Fe to Bloudan

We had our reasons to be excited at home. Spring’s in the air. Blue skies, a gentle breeze and a mellow weather connived in making the outdoors ever more appealing. Fares ’ birthday coinciding with the prophet’s ( Mawlid Nabawi ), Mother’s Day, the weekend and Easter joined together in a fine 5-day holiday bouquet. Our new Hyundai Santa Fe had just received her maiden carwash. She looked and smelled fantastic, eager to take us all on a thrilling journey around the picturesque Tartous countryside. Then I got a call. I had to attend a 3-day workshop from the 19 th till the 21 st . Working well through the last couple of nights, I completed the required set of drawings and plans (45 in total) and headed to Bloudan in a minibus with a whole bunch of young colleagues. Leaving behind my disappointed family, missing my boy’s birthday for the 2 nd year in a row and not getting a chance to enjoy the ride in my brand new SUV, I could only console myself in the prospect of visiting Blouda
26 comments
Read more

I had a dream 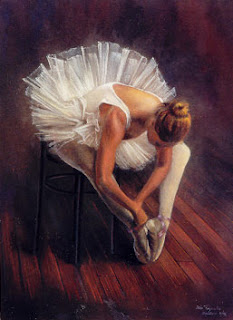 She was taking a shower as he lay in bed. When she’d come out he’d tell her that he wanted to spend the rest of his life with her. "No. Why wait!" He knocked on the bathroom door. It was partially open but he didn’t go in. “What?” her voice came from behind the curtain. He hesitated, then mumbled something stupid like “...nothing I’ll tell you when you come out”. He sat on the sofa facing the box but not watching it. She came out, gift-wrapped in a white towel and sat on his lap. She kissed him and asked him what he had to tell her. He held her close and worshiped the smoothness of her fresh and milky skin. He never said a word. Days later she was gone. 16/11/2006 3 Love Songs She was gone for 22 years. A twist of fate perhaps, a crook in a branch, a broken twig, a fallen leaf. After a hundred weeks, rarely out of each other’s eyesight, seldom beyond earshot, they just floated apart like un-buoyed ghost ships. They forgot to say goodbye. They’d shared their lives and mel
26 comments
Read more

One of the best kept Syrian secrets involves the automobile, in a twisted sort of way. Until very recently, the television set was another dark Syrian secret. Luckily for me and for foreign readers who might die of a laughing fit if we hadn’t overcome that fiasco I can write about the TV story as a joke now. Not so in the case of cars, which I shall return to anon down the page. You all heard the story; the Syrian economy has been opening up since the turn of the century. For some old policy makers, dickheads really, the transition has been extremely painful. At one stage of the game they had reluctantly accepted that Syrians need to buy blenders and hair dryers among other forbidden gadgets. They couldn’t believe their own eyes when the hungry market was saturated instantly with electrical equipment and appliances. Apparently, they grew up in a time and place when and where only the counterrevolutionary afforded and owned anything electrical beyond the light bulb. In their undeservedl
16 comments
Read more
More posts