Football... According to a Tartoussi 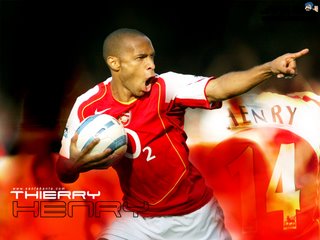 A month had passed since the end of the Germany Football World Cup 2006. Although in terms of organization it was one of the best world cups ever, the play itself, the refereeing and the final game have left plenty to be desired. It is important that I state that I don’t care much about world cups. The only advantage I see in it is that it brings in new fans to the world most popular sport. I can speak about Syria only, but it might be true elsewhere, when I say that the world cup brings in women and children in large numbers. It also brings in shallow faddists who get terribly excited because it’s the in-thing to do once every four years.
I have no national team to follow in the world cup, and I’m certain this affects my attitude. I can understand why people get excited over their national teams. Yet, I’m not fully certain that this is simply it. I love Italy like a second home. I love the food, the places, the language and the people. I am happy because they are happy. But in all honesty I never liked their football. The Italian way of playing football is the most un-Italian thing I’ve ever seen in Italy. It is in total opposition to the way Italians truly are. Just look at the half-empty stadia during most Calcio games.
For me, an avid European football follower and a devoted Arsenal FC fan, the fiasco that is the world cup is an overrated sporting event, although I must admit that it does more good than harm. In 2006, a shameful damage was inflicted on the sport and probably made my last statement untrue; the end of the free to watch era and the introduction of the highly controversial Pay TV for this very popular event. As if they weren’t suffering enough already, the underprivileged all around the world were denied this basic entertainment right.
I don’t see it as wrong for the different “good” leagues around the globe to charge viewers. Clubs in the end need to make as much money as possible. Money keeps the business wheels spinning and the level of play certainly continues getting higher and higher. Good players cost millions and the loyal fans have to share part of the expenses. How can I be a devoted fan of Arsenal FC, an English team in the north of London, and not sound like a hypocrite at the same time? This brings me to the main point behind the entire post.
Tartous never had a good football team since the creation of the Syrian League in its present format. The Tartoussi football fans always looked outside. Almost every football fan in Tartous is either an Ahlawi or a Zamalkawi (the most famous 2 Egyptian teams). I would daresay that if the Syrian and Egyptian Cup Finals were playing at the same time, the vast majority of real Tartoussis will be following the Egyptian cup. We’re not unpatriotic in any sense. We just love good football and have the easy and common sense (enhanced by the fact that we don’t have a team in the first division) to admit that Syrian football sucks. Why would anyone waste 135 minutes of his/her life on one of the most boring forms of entertainment possibly available? This goes to include, again according to real Tartoussis, all Asian-Arab football leagues. When we feel nationalistic, we search for an African-Arab football game. When we feel like watching real football, our eyes and hearts go to the old continent (as it’s called). We are all devoted fans of one good European club or another. We are all avid followers of at least one major European league.
I follow, and in term of frequency, the English Premiership, the Spanish La Liga, the German Bundesliga and the Italian Serie A. Besides Arsenal, I also like Barcelona FC and these are my favorite 2 teams. In the Italian Calcio, I don’t know, I will say without much conviction that I’m a fan of the Inter. I will see how it goes this year. As for the Bundesliga, and although I’ve always admired the high level of football it offered, I never had a team to support. That is until yesterday, and thanks to a dear German friend who showed me the light! I’m just making the announcement: I’m a Bayern Műnchen fan for this season and beyond (They won 2-0 yesterday in their excellent opener against Borussia Dortmund).
Finally, why the picture of Thierry Henry? The answer is very simple. HE IS THE BEST PLAYER IN THE WORLD - END OF STORY.
Email ThisBlogThis!Share to TwitterShare to FacebookShare to Pinterest
at 6:46 AM

What a GREAT post!! I have to re-read during writing this comment in order to be able to relate to everything!
Right - one month has passed since the World Cup and by God I DO MISS IT!! I had such a great time either going downtown mingling with the guests from all over the world OR right out to the stadium to stroll among the fans waiting for entrance right ahead of a game, taking pictures and chatting here and there. I absolutely LOVED that but met as well people who did not appreciate this huge commotion - for me it was JUST right!
I am a soccer-fan, period. May sound strange for a woman but is a fact. I'm not fanatic but simply enjoy it. I like to watch international matches but don't have a foreign club I would particularily support. I know who I do NOT like ... that is Manchester United - don't ask why, I have no idea - it's a gut-feeling. I can't stand Rooney either (I don't even know which team he plays) ... and am certainly NO fan of Beckham.

What I DO KNOW though is that - guess what - I am a MOST LOYAL BAYERN MÜNCHEN fan!! I remember Beckenbauer while he was still playing a central role as middle-fielder and follow at least the result of the Bundesliga each weekend. Here they say "once a Bayer, always a Bayer" and that it 110% applicable for me!

I apologize but I have no clue about either Egyptian nor Syrian teams ... they are barely known nor mentioned around here.
About Thierry Henry .. I greatly agree even though I do highly appreciate Zidane as well! BTW .. only yesterday I read in a local paper someone suggested to (try to) "bring him to Munich"!! I'd LOVE that, no question!!
Thanks so much for this FANTASTIC post!!

Hi Karin
I love to talk football.
I like you even more because you hate Man Utd. Can you imagine it any other way from an Arsenal fan!
Rooney, Beckham & Co. are also among the top of my most hated list. This is the fun part of football. You don't only like a team, but you have to hate one or two. I also hate Chelsea and Real Madrid. I need to be more versed in the Bundesliga to start hating someone. May be you can help me out. As a new BAYERN MÜNCHEN fan, whom should I hate?
Don't apologize re. Syrian football. During the season I watch at least 4 European games per week. I really, honestly don't know any name of any Syrian player. I know the names of the players of my Egyptian club Al-Ahli but that's it.
Thierry Henry, the one and only. I've converted many people into becoming avid football fans. All I had to do was to ask them to watch Henry at play for 15 minutes or so. Then they get hooked with the game.
Finally, this year Dubai Sport is exclusively broadcasting the Bundesliga in the Middle East and for FREE. Anyone can watch it. I think that by the end of the season, the Bundesliga is going to have lots of new fans.

Your response mad me laugh a lot! I should help you to find a Bundesliga-team to hate?? I guess I have a problem with that ... but I'll tell you something - I just checked out the teams this season and whom I have NEVER heard nor can I in ANY way relate to is a new one ... FC Energie! It sounds to me strongly like former East ... they have all these weird names. Besides ... take the time and figure things out, you'll do that in a jiffy!!
BTW .. all the top guys of the Bayern-management I remember very well still as players on the field!

Dubai Sport broadcasts the Bundesliga-games for FREE?? What happened? That does almost sound too good to be true!! In the entire Middle East?? WOW ... I wonder who managed to accomplish THAT!
Enjoy the games ... I hunch we'll chat MUCH more often about soccer - to me that's a lot of fun!!

FC Energie!?
Come on karin, be real.
I want a strog team that is a rival of Bayern Munchen and causes them problems. What team causes the biggest threat to Bayern? This would be the one that the Bayern fans hate the most. This is what I'm looking for:-)

They have the exclusive rights to broadcast the Bundesliga for the 3 coming years in the Middle East on Nilesat. They might offer it for free for this year only, get people addicted and start charging next year! I don't know. This year, however, it's for free and football fans (in Tartous) are getting very interested indeed.

Ok ok .. I get the point - ha-ha!! If you look for this kind of adversaries, we're talking "1. FC Hamburg =(HSV)" and "Werder Bremen"! They caused "Bayern München" intense trouble last season and it is good to keep an eye on them! The way the "Tabelle" looks at present with Nürnberg, Bayer 04 and Mönchengladbach on the first three places is totally unrealistic!
This "FC Energie" smells like former East and with those teams I do have my own kind of problems.

Thanks so much for the info concerning "Dubai Sports Channel" .. I'll check it out right away!

Ok Karin
I hate Hamburg!
FC Hamburg, that is.
Dinner???
I've already sent you the recipe by email:-)

Zingtrial
Welcome to my humble blog. I love to talk football (european.
Thanx for visiting

An Arsenal Fan in, wait a moment let me check again, Tartous. I just found your city on the map. The important thing is that it's so nice to realize that Football fans are the same everywhere.
Great Post.
If you've ever in North London may be we can share a couple of pints.

Karin, let's hope it catches on in Germany

The beer's on me
Thanx for dropping by

Nice blog, was in Syria this summer, had a great time there!

FC Bruges is my team, from Belgium :D You probably don't know them but they're okay. Few years ago we beat Dortmund and Milan! In San Siro!

A big "Goedemorgen" or "Goeie morgen" to Belgium! I haven't seen Bruges but was in Antwerpen and LOVED the city .. and the HUGE kind of flee market (starting at 6AM!) which had really EVERYTHING! I am not a fan of these kind of markets but that was a blast indeed!

Of course I know FC Bruges. We follow the Champions League here.
Thank you for commenting and hope to hear from you again.

Very good morning to you as well.

Your site is really interesting. I invite you to visit my blog, I hope that you like it.

Hate on Chelsea. Not only did they beat on FC Bayern in the CL a couple seasons ago, they then stole the Little Kaiser from us. Of course that is besides the fact that Ballack wanted to leave anyway...